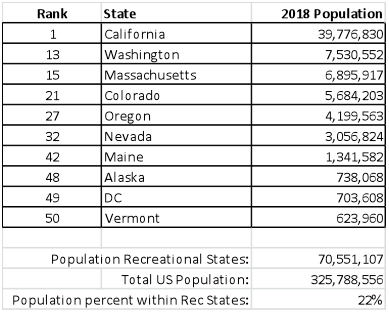 As a result, marijuana smugglers are growing and shipping vast quantities of illicit cannabis across the USA.
Marijuana is being driven, mailed and flown from areas where it is grown legally to states that have yet legalized it for recreational or medicinal purposes.

For years, the black market was the only source of recreational marijuana in America. While less marijuana is crossing the U.S. border, (per U.S. Border Patrol, seizures have dropped by ~50% between 2011 and 2016), more is now being transported from one state to another as U.S. consumers have increasingly been purchasing domestic pot.

Green Wave Advisors, a cannabis-focused consulting firm, predicts legal sales will reach a third of the cannabis market in 2018 and by 2020, expects legal sales to surpass black-market sales. As more states legalize recreational and medicinal marijuana, state-to-state trafficking is expected to decrease where hydroponic retailers will further benefit by supporting their own geographical areas.